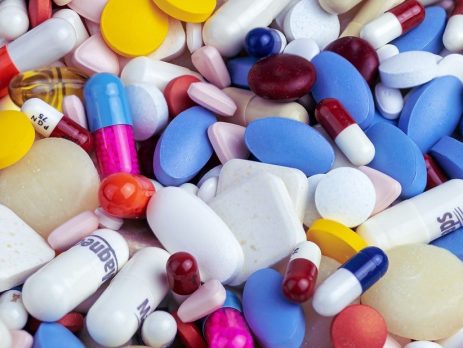 How To Take Yohimbine HCl?

Welcome to the topic How To Take Yohimbine HCl?

Prior to the development of Viagara, yohimbine HCL was a common pharmaceutical treatment for both organic and psychogenic erectile dysfunction (ED) in men. Its use was quickly eclipsed by Viagara and other PDE-5 inhibitor medications, as these were considered safer alternatives to taking yohimbine. Yohimbine’s use was quickly eclipsed by that of Viagara and other PDE-5 inhibitor medications. Yohimbine is able to exert its effects because it inhibits alpha-2 adrenoreceptors, which in turn causes the body to produce an increased amount of the stimulating neurotransmitter noradrenaline.

Yohimbine has been tested in clinical trials to determine whether or not it is effective in treatment erectile dysfunction in men. Although it is not effective for everyone, research has shown that taking this herbal extract can improve sexual performance and erectile function in 34% of users.

Because of these mechanisms, it is simpler for the corpus cavernosum to fill up with blood and become enlarged. The end result is an erection that is stronger and lasts for a longer period of time. Studies have shown that the most effective way to treat erectile dysfunction with yohimbine HCL is to begin treatment with a dose of 5 mg to determine one’s tolerance and then gradually increase that dose over the course of several days. Men with erectile dysfunction ranging in age from 40 to 80 were recruited for participation in a clinical study conducted at the Lahey Clinical Center for Sexual Function. The starting dose of yohimbine HCL was 5.4 milligrams, and after the third administration, it was increased to 10.8 milligrams. Yohimbine HCL was given three times a day. Yohimbine elicited a favorable response in excess of fifty percent of the study’s subjects. Formal questionnaires and objective measurements of penile tumescence and rigidity were used to gauge patients’ clinical responses.

The treatment was well tolerated by the people who took part in the study, and researchers did not discover any serious adverse effects. In the study, participants were allowed to take up to 10.8 milligrams of yohimbine HCL three times per day; however, it is recommended that you speak with a medical professional.

Yohimbine is known to produce a number of side effects, including gastrointestinal distress, nervousness, irregular heartbeat, and sleeplessness. Yohimbine can cause some people to feel side effects regardless of the dosage they take it in because some people are extremely sensitive to its effects.

Yohimbe bark tea was a common component of traditional African medicine, and it was used to increase sexual desire and libido in both males and females. It appears to work by increasing the flow of blood to the genital area, which can also result in an increased sensitivity to touch. Yohimbine HCL was found to increase sexual stimulation and libido in both men and women, according to a study conducted in Italy in 1994 and included 63 participants of both sexes.

Yohimbine was initially administered to one half of the group, while the other half received a placebo. The yohimbine dosage was 15 mg. In a study lasting eight weeks, those who were given yohimbine had a significantly higher percentage of participants who reported an increase in libido and erectile function than those who were given a placebo, which was only 22 percent. Following up with the patients after six months, we found that 58% of them had maintained positive results.

Supplements containing yohimbine are frequently used for both bodybuilding and weight loss. Research shows that taking this supplement can help one lose fat, but it does not appear to have any beneficial effect on one’s lean muscle mass.

Bodybuilders commonly consume yohimbine before a workout in order to boost energy levels and endurance. However, no research studies demonstrate an objectively positive impact on the subject’s athletic performance or power output. Additionally, it is best to start with half of the recommended dose to determine your individual tolerance level.

When to Take Dosages

It is recommended that yohimbine be consumed on an empty stomach. Because insulin and yohimbine compete for the same receptor sites in the body, it is essential to take yohimbine whenever there is a low blood sugar level. It is best to take it on an empty stomach first thing in the morning or a few hours after eating other meals before taking it. It is recommended that bodybuilders take it before training while fasting in order to maximize fat loss. Yohimbine HCL should not be taken in the late evening because there is some evidence that it may disrupt normal sleep patterns.

Have any questions regarding the topic How To Take Yohimbine HCl? Feel free to comment below.

Also Read: How to deal with tamoxifen side effects