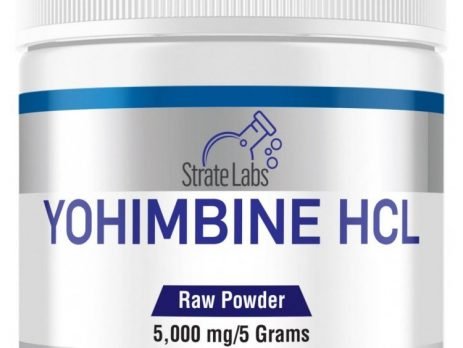 What You Need to Know About Yohimbe

Welcome to the topic What You Need to Know About Yohimbe?

We could all use some assistance in mustering up the energy to get through our workouts. This is especially important when you are deep in the process of preparing for a competition, and you are making every effort to get rid of those last few extra pounds of fat before you step on stage.

You haven’t ever heard of Yohimbe, have you? It is possible that it is not as common as some of the other compounds that can be found in pre-workout supplements; however, this does not imply that it is without value.

Below, you will find an explanation of everything you need to know about Yohimbe, including how it works and the scientific research that supports its use.

Yohimbe is derived from a tree called the Yohimbe tree, which is an evergreen tree native to Africa’s middle and western regions. Yohimbine is one of the components that can be found in Yohimbe. Yohimbine is a type of alkaloid with a taste similar to that of bitter almonds and can play a role in various chemical reactions in the body.

Yohimbine can be found in a variety of bodybuilding and weight loss supplements in either its natural form (Yohimbe bark extract) or its synthetic form (yohimbine HCl).

The bark of the Yohimbe tree is processed into a powdered and concentrated form called Yohimbe bark extract. Yohimbine HCL is an isolated form of the yohimbine molecule that is created by extracting yohimbine from the bark of the Yohimbe plant and then combining it with hydrochloric acid. Both natural and synthetic forms of yohimbine have the potential to exert a significant influence on the body.

How Does It Work?

The body’s response is activated when it is stimulated in a way that stimulates the sympathetic nervous system. This, in turn, causes the neurotransmitters known as catecholamines to be released into the bloodstream. In essence, your body goes into action and gets ready to confront any challenges that may be standing in your way.

However, protecting oneself from potential dangers is not the only purpose served by activating the “fight or flight” response and causing the release of catecholamines. The catecholamines released by your body in response to stimulation of the sympathetic nervous system also bind with specialized receptors in your fat cells. These receptors are known as alpha–2 adrenergic receptors. When this occurs, effects related to fat-burning may take place.

Consuming supplements that include Yohimbe is associated with a wide variety of positive effects and outcomes. This is the list of some of the primary reasons why athletes and bodybuilders so highly recommend this pre-workout ingredient:

Yohimbe helps improve blood flow and circulation throughout the body because of its effect on the sympathetic nervous system (this is why some people also use it to help treat erectile dysfunction).

Yohimbine has been shown to have a vasodilator effect (meaning it causes the blood cells to expand). Due to this blood circulates more freely throughout the body, delivering oxygen and nutrients to the various organs and cells as it does so.

Another advantage is that it helps people lose weight more quickly, which is especially beneficial for women who have trouble getting rid of stubborn body fat. When it comes to shedding excess fat and getting in show-ready shape for an upcoming competition, a pre-workout supplement for women that contains yohimbine may prove to be very helpful.

In the final few weeks before stepping on stage, when everything else about your diet and training regimen is dialed in, the addition of a supplement made with yohimbine can make all the difference. Yohimbine is a stimulant that increases blood flow to the muscles.

Yohimbe is especially useful because it promotes more targeted fat loss, which is one of its many other benefits. This is due to the fact that regions of the body that have a higher propensity for having higher levels of stubborn body fat also tend to have higher levels of alpha–2 adrenergic receptors.

Due to a high concentration of alpha–2 receptors in that fat, it is more resistant to being mobilized. On the other hand, yohimbine has a strong binding affinity for these receptors. It binds to them more easily, preventing the catecholamine receptors from activating. When catecholamines are unable to bind to these receptors, it is much simpler to burn off that last little bit of fat that won’t go away.

Yohimbine is a component found in a number of dietary supplements, and its use has been linked to enhanced athletic performance in a number of users because of its effects on the circulatory system and its ability to boost one’s energy level.

Your ability to push yourself further during workouts can benefit from increased energy levels. Because of this, you will be able to achieve better results and a more suitable physique for the stage.

How To Use Yohimbe

Suppose you are interested in a pre-workout that both men and women can use, and that contains yohimbine. It has potential side effects, including nausea, dizziness, and tremors.

Only the pre-workout supplement known as Hyde® Xtreme contains yohimbine, and it does so in the form of an extract made from the bark of the Yohimbe tree.

Because it is a pre-workout supplement, the optimal time to take Yohimbe is anywhere between 15 and 30 minutes before beginning your workout. If you feel that the dosage that was given was insufficient, you can always add more the next time. However, in order to avoid feelings of jitteriness or anxiety (which can sometimes occur when excessive amounts of stimulants are consumed), beginning with a low dose will be of great assistance to you.

Have any questions regarding the topic What You Need to Know About Yohimbe? Feel free to comment below.